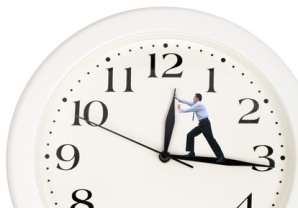 Many years ago I was working as a software developer in a team with three other programmers. We once had a meeting in which our Team Leader said:

“You are late again! All of you are late! Actually, you are always late! We cannot continue like that!”

Then I replied to him:

“If all of us are late, and if we are always late, then there must be a problem in the way we do effort estimates…”

In this case, the Team Leader himself was the one doing the estimates. He did it alone, based only in his own judgment, without consulting us, the developers. When he assigned new tasks to us, it was something like:

“You now must do this task, and it must be ready in X days.”

Certainly this is not a very nice way to talk to people working with you, but the main problem here is that it is not effective. For any person, it is very difficult to do precise effort estimates. Thus, we should always avoid doing estimates alone and without asking for other opinions.

Planning Fallacy: Why Estimates Are Hard

The difficulty of people to make good effort estimates is a well-known phenomenon, and as such it was the subject of research. Scientists have called it the Planning Fallacy:

“The Planning Fallacy is a tendency for people and organizations to underestimate how long they will need to complete a task, even when they have experience of similar tasks over-running.”

The Planning Fallacy is discussed by Daniel Kahneman, Israeli Nobel Laureate in Economics, in his book “Thinking, Fast and Slow

”. According to him, plans and forecasts suffering from this effect have two main characteristics:

Psychologists have tried to explain the causes for the Planning Fallacy. Some claim that the main reason is that people have a tendency to focus on the most optimistic scenario, actually believing that this optimistic scenario is more probable than it really is. Others claim that this is just another example of wishful thinking. This means that people think about what they would like to happen, and not about what is likely to happen.

I think that in the workplace there are some other reasons for the Planning Fallacy:

Thus, it is quite clear that there should be other people participating in the estimates, and not only the manager and the worker who will perform the task. People estimating from the outside, who do not have a personal interest in the task and will not be responsible for it, can be more objective.

The methodology of Agile software development has addressed the problem of poor estimates through the concept of the Planning Poker, in which all members of the team participate and contribute. Each member of the team has a set of numbered cards, with the numbers representing the effort to implement a task. For each feature in the backlog, each person makes an independent estimate using the cards. Then, the cards are simultaneously shown and people can compare and discuss their estimates.

The goal of the Planning Poker is to reach consensus, in which all participants agree with an estimate after they have discussed it and understood each other opinions. There are several reasons that cause this process to provide more accurate estimates:

I think this is a great approach for addressing the Planning Fallacy, and it also has the advantage of being fun and strengthening the bonds among team members.

Do you have experience with the Planning Poker? Please share your thoughts in the comments below.