The Psychology of Agile Software Development 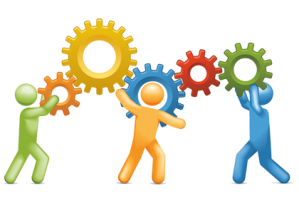 Why is Agile so successful? It is a fact that Agile methods have many enthusiastic practitioners, who are firm believers that the adoption of Agile processes has revolutionized the way they build software systems, making them much more productive and effective as software developers. But this is not only a question of being able to write more code in less time. Software developers are very often enthusiastic about Agile practices, reporting that they are having much more fun when doing their work.

This is a phenomenon that certainly deserves to be investigated: How come people are having so much fun from a set of work processes and techniques mostly related to project management?

The answer is that Agile processes and techniques have a direct influence on cognitive aspects and change the dynamics of teamwork. Thus, it is important to analyze and understand which psychological aspects are being affected. Below is a list of topics that illustrate the effects of Agile on the behavior of programmers in a software development team.

Our behavior is greatly driven by Social Nudges, which are forces that result from our interactions with other people. Agile processes increase the frequency of social interactions among team members, for example through daily stand-up meetings and retrospectives. Agile methods also provide more visibility on the progress and effectiveness of each team member, for example through Burndown and Velocity charts. These Social Nudges together help avoid negative phenomena such as procrastination and enable real self-managed teamwork. Read more.

Illusory Superiority is a cognitive bias that causes people to overestimate their positive qualities and abilities and to underestimate their negative qualities, relative to others. What is the cure for this illusory feeling of superiority? How can we make the programmers in a team respect each other, and even admire their peers because of the recognition of their experience and skills? The key for respect and recognition is joint work, as close as possible. And in this case the Agile methods provide more opportunities for cooperation than traditional approaches, for example through Pair Programming and daily stand-up meetings. Read more.

The Planning Fallacy and Planning Poker

The Planning Fallacy is a tendency for people and organizations to underestimate how long they will need to complete a task, even when they have experience of similar tasks over-running. In the workplace there are some other reasons for the Planning Fallacy: If the manager is the one doing the estimates, he has an interest to make them hard to achieve. If the worker is the one doing the estimates, he will be ashamed to assign too much time to himself. The methodology of Agile software development has addressed the problem of poor estimates through the concept of the Planning Poker, in which all members of the team participate and contribute. Read more.

According to the Flow theory, a person can only enjoy a task if there is a match between his abilities and the complexity of the task. In traditional testing methodologies there was a mismatch between the ability of software developers and the complexity of the testing task. The consequence is that programmers could not enjoy testing. But TDD changes this picture because it transforms testing in just another type of programming task. Gamification is the use of game design techniques and mechanics to solve problems and engage audiences. TDD uses several game mechanisms, including immediate feedback and measurable progress. Read more.

In summary, understanding the reasons of the success of Agile methods allow us to become a learning organization and adapt Agile processes and techniques to our own particular environment and culture.

Veteran software developer, enthusiastic programmer, author of a book on Object-Oriented Programming, co-founder and CEO at KashKlik, an innovative Influencer Marketing platform.
View all posts by Hayim Makabee →
This entry was posted in Agile, Psychology of Programming and tagged Agile, Psychology. Bookmark the permalink.

6 Responses to The Psychology of Agile Software Development